Jay Feely played 13 years in the NFL as a placekicker for 7 different teams. He is now an NFL analyst for CBS Sports. Feely played for the Atlanta Falcons, New York Giants, Miami Dolphins, Kansas City Chiefs, New York Jets, Arizona Cardinals, and Chicago Bears. He made the Pro Bowl in 2005 and won the National Championship of College Football with Michigan in 1997.

When Feely was with the Jets in 2009, he hosted a radio show with Seth for 1050am ESPN Radio. There they hosted a weekly Jets-centric football show that was pre-recorded and essentially was a podcast that aired on weekends on the radio. They interviewed many Jets guests together.

Feely talked about his new role at CBS and the unique story of how he got that job. He also discussed his thoughts on the NFL’s dealings with Covid and their challenges with concussions. He also explained in great detail his charitable work, including bringing food to healthcare workers at the onset of the Covid pandemic. 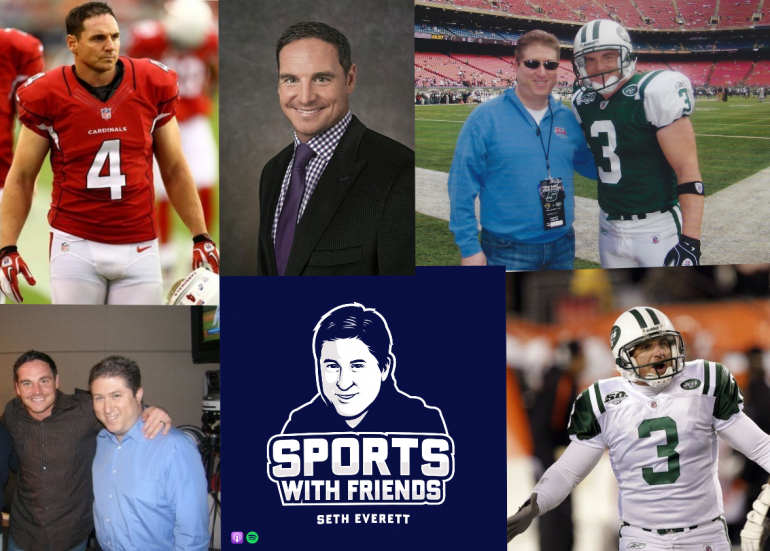 Turgeon Out Plus Upsets Galore

The coaching carousel has begun, as Mark Turgeon walks away Maryland after a tumultuous start to the season. Plus, upsets to No. 1 and No. 3.