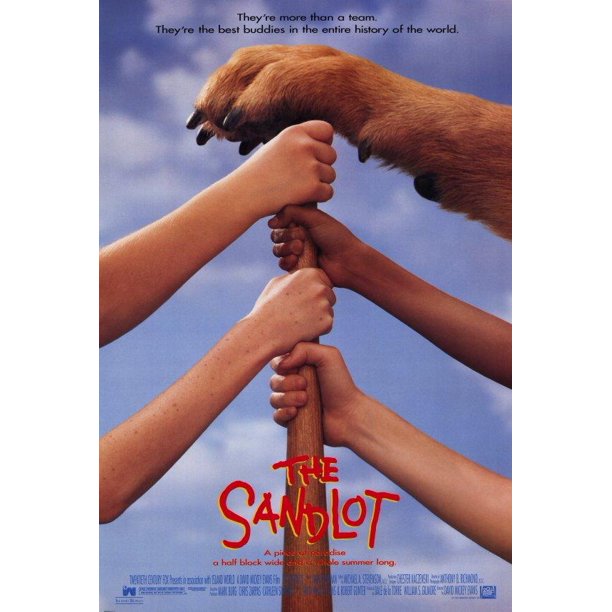 Ellen Adair and Eric Gilde discuss the 1993 fan favorite “The Sandlot,” rating this classic movie on the 20-80 scouting scale. They introduce the film (4:29), with an overview of the story, cast, and some artistic touch-points for writer and director David Mickey Evans. After a description of the 20-80 scouting grades for those who are unfamiliar (9:42), they begin with Amount of Baseball (10:33), continuing a debate on what constitutes a baseball scene, and delighting in the return of a favorite little league team. No spoilers on the player comp! Baseball Accuracy (14:05) addresses the questionable scope of Smalls’ knowledge re: Babe Ruth, s’mores, tobacco, and baseball in general, and his bad baseball playing relative to “Bad News Bears” and “Rookie of the Year.” Eric gets nerdy about the stitching on the Babe Ruth baseball. They also examine Ham’s homer, the sandlot’s team roster size, Benny’s rundowns, oppo tacos, and the democracy of player size and shape, with loving reference to John Kruk, Prince Fielder, Carl Edwards Jr., Jose Altuve, Jimmy Rollins, Joe Morgan, Bartolo Colon, Hack Wilson and Smokey Burgess. Some thoughts about Mr. Myrtle’s (James Earl Jones) blindness and barnstorming play, and Maury Wills’ stolen base record, with small shout-outs to Rickey Henderson and Lou Brock (RIP, who had not passed when the podcast was recorded). Storytelling (31:58) examines Adult Smalls’ (LOL) narration and bookending scenes with continued contemplation of his perplexing relationship with baseball. Comparing the kids’ summer vibe with “Bad News Bears” unearths the original title of the film. The team has questions about replacing the Babe Ruth ball, Bill’s (Dennis Leary) baseball collection room, and the kids’ level of education. Discussion of the high stakes, other genres referenced within the film, the original vision in casting, and whether Benny might be secretly rich. What ends up happening with Benny’s hat? They debate the Score (52:51), including Ray Charles’ version of “America the Beautiful” and similarities to “A Christmas Carol” and “Field of Dreams” scores. Acting (56:33) praises the cast. Patrick Renna and Chauncey Leopardi are National Treasures, and James Earl Jones is perfect at literally everything he ever does. An interesting acting challenge for Red Sox fan Dennis Leary! Delightfulness of Catcher (1:02:19) lauds incredible trash talking, an excellent model for a catcher despite Benny being the lovable group leader, the insult scene that almost wasn’t, and “that wimpy deer” (reprise). Delightfulness of Announcer (1:05:58) brings up a debate on narration as announcing, with an anecdote about filming at Dodger’s Stadium that includes Tommy LaSorda. Plus: where’s Vin Scully?!?! Lack of Misogyny (1:11:09) takes a frank look at the lack of complex female characters that offset the misogyny of various insults traded in the film, and gets real about Squints and Wendy. No spoilers on the following segments: Yes or No (1:16:32), Six Degrees of Baseball (1:26:45), Favorite Moment (1:28:41) Least Favorite Moment (1:31:37), Scene We Would Have Liked to See (1:34:33), Dreamiest Player (1:37:07), Favorite Performance (1:39:03), Next Time (1:42:21), and Review Thank You (1:42:54).

Episode 47 is in the books! Join the guys as they talk about whowore the #47 jersey, the passing of the Notorious RBG, the reaction of NBA players coaches to […]