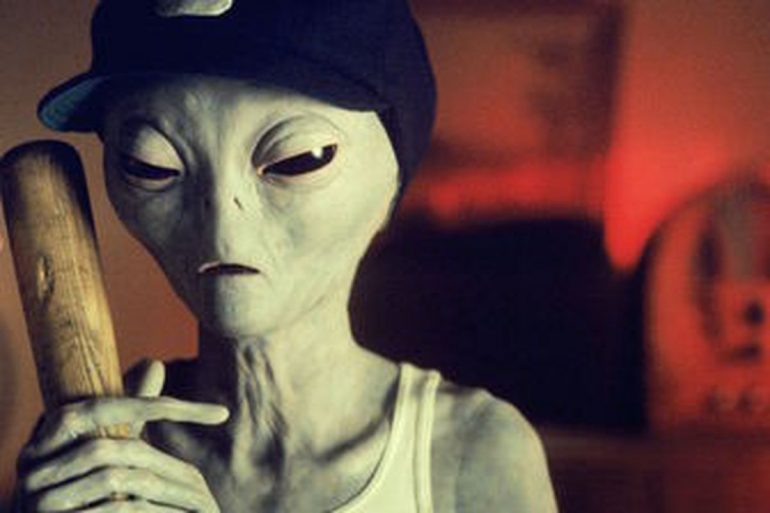 Ellen Adair and Eric Gilde discuss a baseball-themed episode of “The X-Files,” titled “The Unnatural” (season 6, episode 19). They introduce the episode (1:19), with an overview of the story, cast, and writer/director. After a description of the 20-80 baseball scouting grades for rating the show (5:25), they begin with Amount of Baseball (7:41). The episode presents a similar grading challenge to “The Mighty Casey,” but with further conundrums. Three true outcomes baseball in 1947? A rundown of all the baseball events in the episode ensues. Baseball Accuracy (11:36) considers Negro League accuracy, with the Roswell Grays vs. the Homestead Grays, Josh Exley vs. Josh Gibson, and the tearing at the fabric of reality, with the angel of Leon Carter (“Bingo Long…”) and the devil of Bobby Rayburn (“The Fan”) on the scouts’ shoulders. Brief shout-outs to James Raleigh “Biz” Mackey and Buck Leonard. Mickey Mantle’s home runs bring up the concept of naming specific stats as a test of baseball acumen, with reference to Barry Bonds, Hank Aaron, Babe Ruth, Bartolo Colon, Aaron Nola, and Cliff Lee. Eddie Perez also tears at reality’s fabric somewhat, and the team speculates about the 90s Braves, specifically Greg Maddux, John Smoltz and Chipper Jones. Mulder’s ode to box scores and the “Pythagorean Theorem for jocks” are both examined, along with night games and the Kansas City Monarchs, cactus accuracy, Jackie Robinson and Larry Doby. The Ellen Adair Breakdown considers the opening game, including the field’s boundaries, the umpire, Gibson’s folkloric Pittsburgh home run, baserunning and Fred Merkle, and Exley’s home run “pace.” (Don’t @ us, Tom Tango.) Why do the Yankees scouts leave mid at-bat? Typical. Storytelling (34:00) discusses references to “E.T.,” “Citizen Kane” and Pete Rose, before wondering about the intentionality of metaphors to the unknowability of Negro League stats and Jim Crow alien parallels. Dales’ argument that all the greats are aliens, like Babe Ruth, Willie Mays and Sandy Koufax, solves some problems and creates others. Is Arthur Dales an unreliable narrator? The fairytale of the ending of Exley’s story, the persistence of metaphor in the episode, and the tagline all add up to…? Ellen has problems with a Gibson-esque player being an alien, and Eric has problems with inconsistent head bonks. What is the aliens’ “project”? Who is the strange child? So. Many. Questions. Rating the Score (1:07:14) examines Mark Snow’s composition and Blind Willie Johnson’s “Go with Me to that Land.” Acting (1:09:15) discusses the enduring excellence of David Duchovny and Gillian Anderson, along with guest stars Jesse L. Martin, Frederic Lehne and M. Emmet Walsh. Delightfulness of Catcher (1:10:54) considers the obvious catcher snippets–but is there a catcher hiding in plain sight? Delightfulness of Announcer (1:15:46) poses the philosophical question: how delightful is two seconds of Vin Scully? Lack of Misogyny (1:15:46) weights Scully’s smarts versus her disdain for baseball and appreciation of nonfat tofutti rice creamsicle, as the only speaking female role in the episode. Consideration of the moment that Exley turns into a woman. And a BONUS one-time-only segment: Alien Or Not (1:19:15)! But no spoilers on this game, or the following segments: Yes or No (1:24:12), Six Degrees of Baseball (1:28:29), Favorite Moment (1:29:08) Least Favorite Moment (1:29:46), Scene We Would Have Liked to See (1:31:27), Dreamiest Player (1:32:53), Favorite Performance (1:33:19) Next Time (1:35:00) and Review Thank You (1:35:58).

Tiers of Joy Preview: The Woodens

Tyler Aki and Tim Leonard wrap up their final preview episode with The Wooden’s. The guys list off the teams that they think can win the 2021 National Championship.