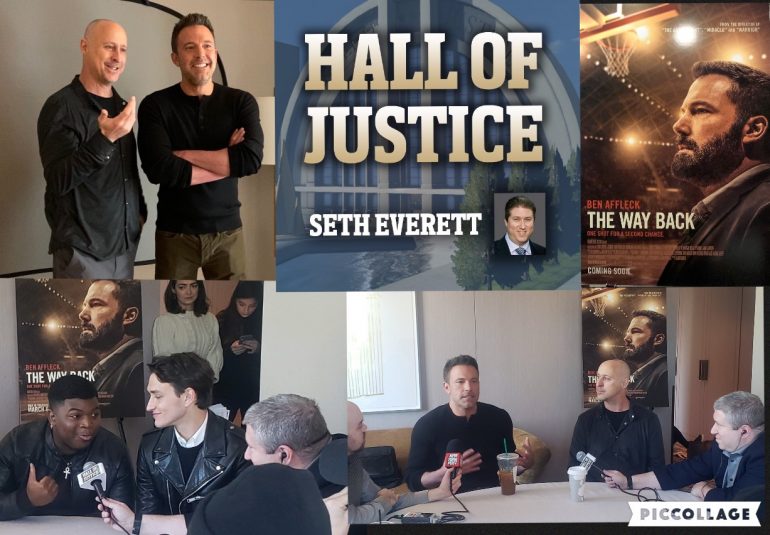 Award-winning actor Ben Affleck headlines a cast for a new movie, The Way Back, directed by Gavin O’Connor. Both Affleck and O’Connor are guests on this podcast. On the show, Affleck talks about learning how to be a basketball coach, and how his life helped him with this role. He also discussed his favorite sports movies.

O’Connor joined the show on the actual day that was the 40th anniversary of the 1980 US Olympic Hockey Team. He directed “Miracle” and offered stories about his dealings with legendary coach Herb Brooks.

In the film, a former student basketball player, now an adult struggling with alcoholism, is offered a coaching job at his alma mater. As the team starts to win, he may have a reason to confront his old demons.

Additionally, 4 other cast members appear on this podcast. Will Ropp, Brandon Wilson, Melvin Gregg, Charles Lott Jr all play members of the high school basketball team. All four of them discuss playing basketball players, and how they had to have some basketball ability during the audition process.

On the 83rd episode of the Underdog sports NBA show, Tyler and Zandrick go over the packed eastern conference and who can challenge the Buck