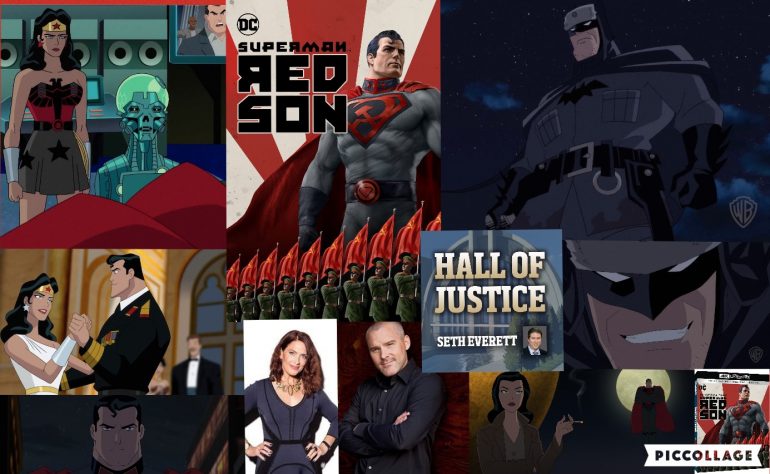 This episode is the 1st of 3 straight podcasts focusing on the new WB Animation / DC Universe release Superman: Red Son. Vanessa Marshall provides the voice of Wonder Woman in this film and Roger Craig Smith is Batman. They both join the show this week to talk about the film and their iconic careers.

Based on DC’s famed Elseworlds tale from 2003, Superman: Red Son takes place in an alternate reality where the spaceship bearing the last survivor of Krypton crash lands – not in rural Kansas, but in Stalinist Russia. Can this Cold War-era Earth survive the coming of a Soviet Superman?

After a brief hiatus the guys are back with Sean Clores of the CCNY Beavers. They talk about the Sean’s coaching career and much more!