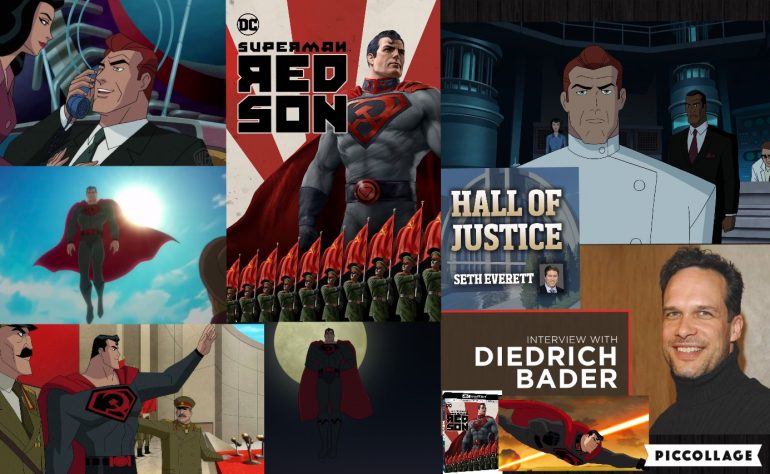 This episode is the 2nd of 3 straight podcasts focusing on the new WB Animation / DC Universe release Superman: Red Son. Acclaimed actor and voice actor Diedrich Bader joins the show. Bader plays Lex Luthor in this film, but not the Lex Luthor fans are used to.

In the episode, he discusses his various animation roles, including Batman-The Brave and the Bold. He also discusses the oddity of playing in a DC film opposite someone else who plays Batman (last week’s guest Roger Craig Smith).

Bader also discusses the great live-action roles he has had, including Veep, Better Things, and the Kevin Smith film Jay & Silent Bob Reboot.

Based on DC’s famed Elseworlds tale from 2003, Superman: Red Son takes place in an alternate reality where the spaceship bearing the last survivor of Krypton crash lands – not in rural Kansas, but Stalinist Russia. Can this Cold War-era Earth survive the coming of a Soviet Superman?

Episode 87: Get to the Point, Guards

On this week’s episode of the Underdog Sports NBA Show, Zandrick and Tyler discuss a few more Covid-19 updates and go over the PG draft class.