This episode features iconic actor Peri Gilpin. She joined the show to discuss her role in the new web short comedy series “Old Guy.” She discusses the show and her incredible career.

Since it’s the Hall of Justice, she discusses playing Volcana on “Superman – The Animated Series,” and “Justice League.” She does discuss her legendary role as Roz on the series “Frasier.” She discusses the incredible run at Frasier and her stories with her castmates.

She tells some really great stories and even learns what a burner account is. That is not a misprint.

“Old Guy” has had its pilot, and third and fourth episodes submitted for EMMY nomination consideration in the Short Form Comedy or Drama Series category. Peri plays the hilariously blunt agent Winnie who is more interested in her commission than in what types of roles her new client plays, however, she does secure multiple jobs for 80-something Harry (Roger Burton) (Baskets, Fargo, Shameless, The Tonight Show) – as he returns to acting after a 56-year hiatus eager to play parts worthy of his life experience, but finds instead he is typecast as…“Old Guy.”

Stream all six episodes of “Old Guy” at https://www.youtube.com/watch?v=fzbK9mooI70&feature=youtu.be 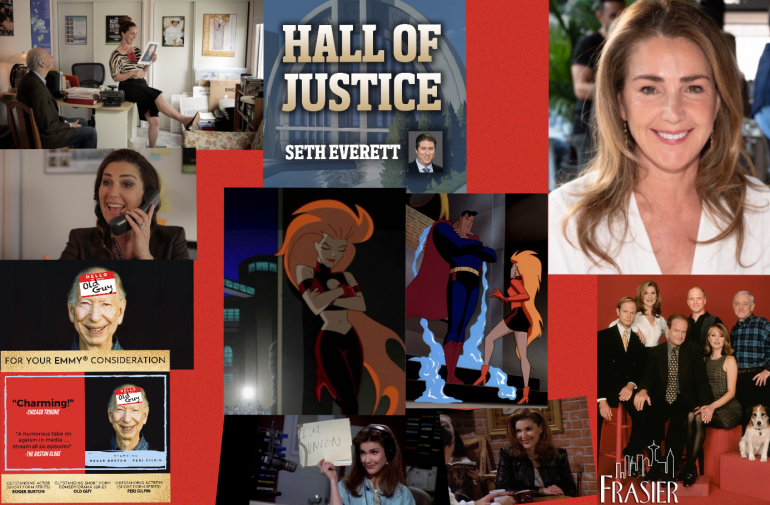 On this week’s episode of You’re Wrong… and Here’s Why, the Chris Horwedel and Greg Crone talk about the imminent return of basketball, baseball, and hockey.