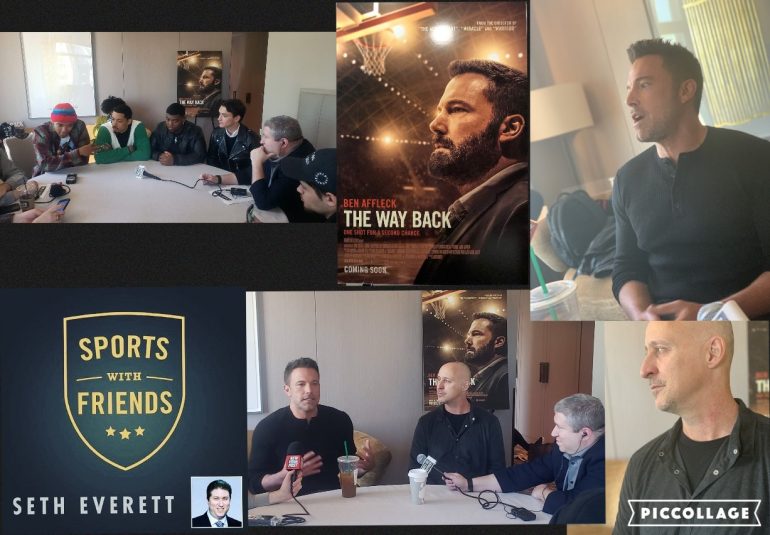 Award-winning actor Ben Affleck headlines a cast for a new movie, The Way Back, directed by Gavin O’Connor. Both Affleck and O’Connor are guests on this podcast. On the show, Affleck talks about learning how to be a basketball coach. Plus, he offers his opinion on his favorite baseball team, the Boston Red Sox.

O’Connor joined the show on the actual day that was the 40th anniversary of the 1980 US Olympic Hockey Team. He directed “Miracle” and offered stories about his dealings with legendary coach Herb Brooks.

In the film, a former student basketball player, now an adult struggling with alcoholism, is offered a coaching job at his alma mater. As the team starts to win, he may have a reason to confront his old demons.

Additionally, 4 other cast members appear on this podcast. Will Ropp, Brandon Wilson, Melvin Gregg, Charles Lott Jr all play members of the high school basketball team. All four of them discuss playing basketball players, and how they had to have some basketball ability during the audition process.

The Potterhood Podcast: Meet the Blacks with Remy Kassimir

Neko and Will are joined by comedian Remy Kassimir @remykassimir. We ask: What if Sirius Black’s family were black and talk Luna vs Ginny