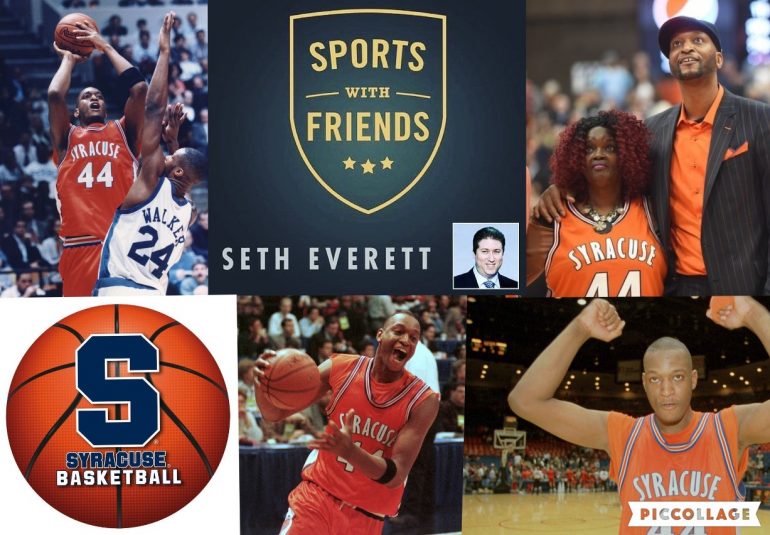 Syracuse legend John Wallace joined the show soon after having his jersey retired at the Carrier Dome. In this episode, he reflected on his accomplishments while at SU. He and Seth revisited the first time they met (in Seth’s dorm when Micahel Jordan announced his first retirement), and then his tough but successful decision to stay at Syracuse for his senior year despite the chance to get into the NBA. Then, he regaled the stories of that magical 1996 Final Four run.

He also discussed his NBA career and his current work with the New York Knicks. He commented on recent controversies involving James Dolan, and also the recent tragic passing of Kobe Bryant. His answers to both those stories are not what anyone would expect.

Sean Ryan and Sam Van Damme are talking about College Hoops including a power index, Dak Prescott, the Dallas Cowboys and the franchise tag