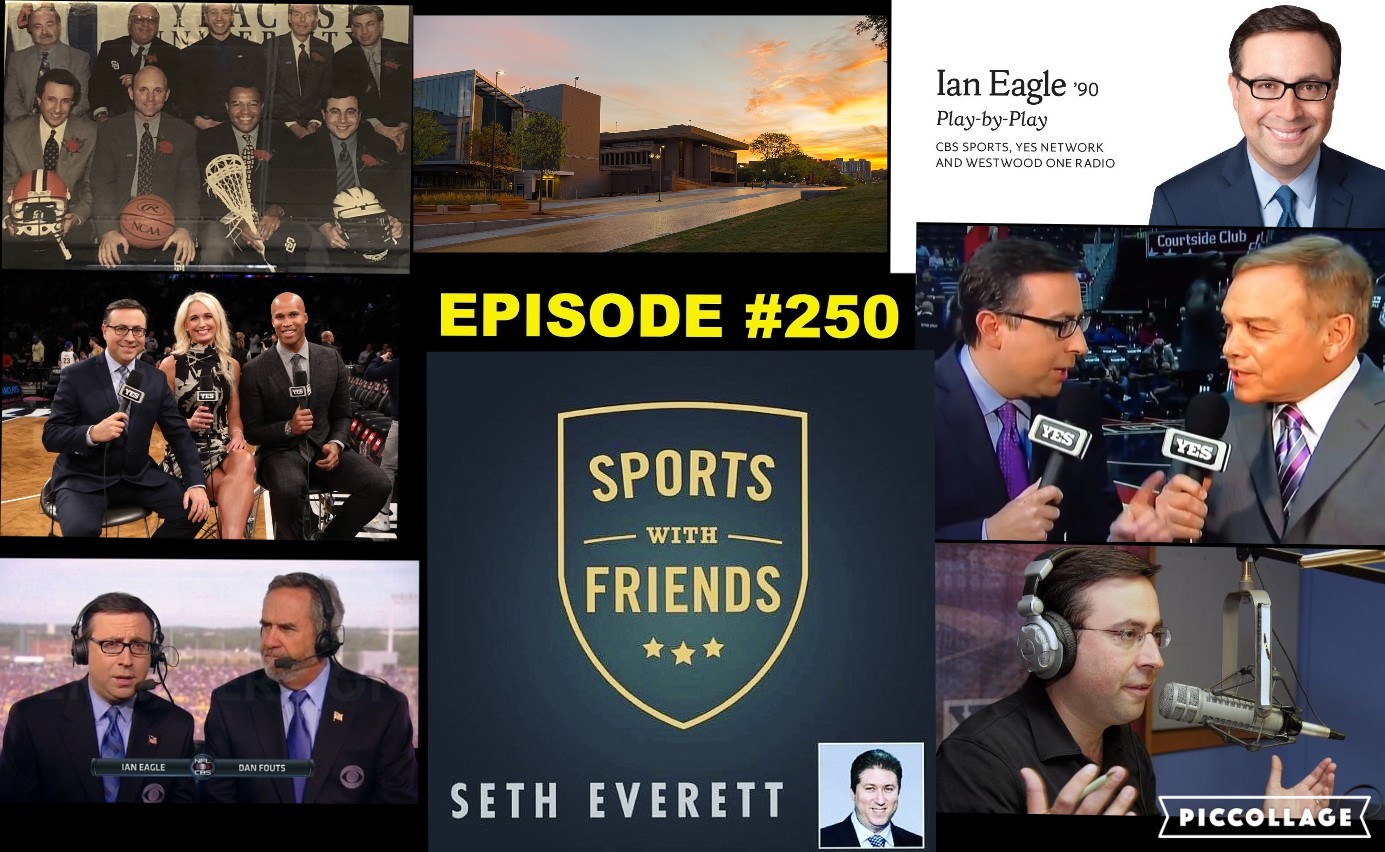 In the 250th episode of Sports with Friends, longtime play-by-play announcer Ian Eagle joins the show. Ian currently calls play-by-play for the NFL on CBS, the NBA on TNT, and the Brooklyn Nets on the YES Network. He also calls NFL games for Westwood One and also calls matches for the Tennis Channel.

In 1994, Seth interned for Ian at WFAN. In this episode, they discuss those times together. Eagle clears up a discrepancy in the history between the two. He also discusses his busy play-by-play schedule, his time at Syracuse University, and his start at WFAN.

His son, Noah Eagle, is the radio voice of the Los Angeles Clippers and came on this show back on Episode 217.

On this week’s episode of The Underdog, Chris Horwedel and Anshu Khanna talk about which NBA players could be waived using the amnesty clause if the NBA does, in fact, […]