Legendary broadcaster Vin Scully died on August 2, 2022. He was the voice of the Los Angeles Dodgers for 67 seasons, beginning in 1950 when the franchise was located in Brooklyn, New York. He retired in 2016. His tenure is the longest of any broadcaster with a single team in professional sports history. He also called nationally televised football and golf for CBS from 1975-1982 and was NBC Sports’ lead baseball play-by-play announcer from 1983 to 1989.

In this episode, for the first time in 8 years, an interview between Seth and Scully from August 24th, 2014, is presented. That interview was part of the Mets Pre-Game Show on the Mets Radio Network. It has not aired anywhere since its initial broadcast in 2014.

Following the Scully interview, National Baseball Hall of Fame President Josh Rawitch joined the podcast. Rawitch spent 15 seasons with the Los Angeles Dodgers, where he served as Vice President of Communications, also overseeing the Community Relations department. He joined the Dodgers in 1995 and spent parts of five seasons in the marketing department before moving to Public Relations. He also spent 10 years with the Arizona Diamondbacks and also worked with MLB.COM before landing his current role with the Hall of Fame. With the Dodgers, he worked closely with Scully, sharing his unique insight into the man behind the microphone and his off-air persona.

This episode is supported by Pristine Auction. Get $10 Off your first item won! Use Code FRIENDS when you sign up at https://www.pristineauction.com/register. Plus, be entered to win a signed Tyreek Hill Mini Helmet in a unique Sports with Friends giveaway. 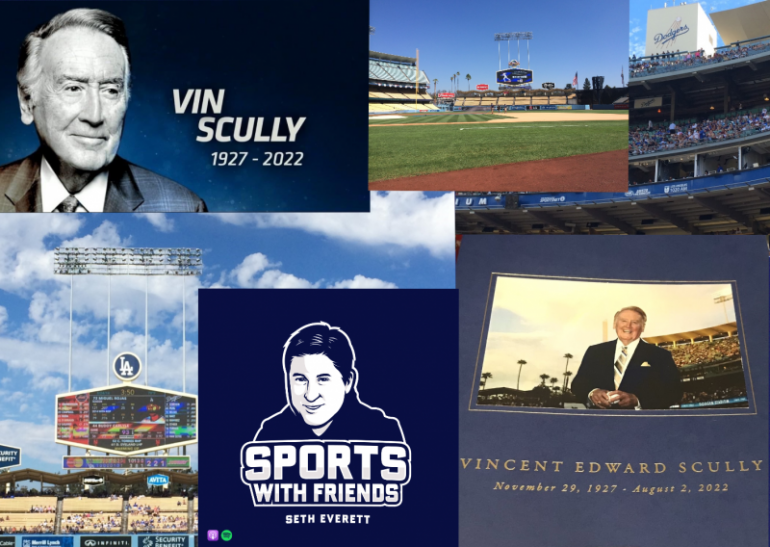 On this week’s episode, we discuss waiver claims and releases around the league, and recast Field of Dreams for the year 2022 ahead of the second annual game.