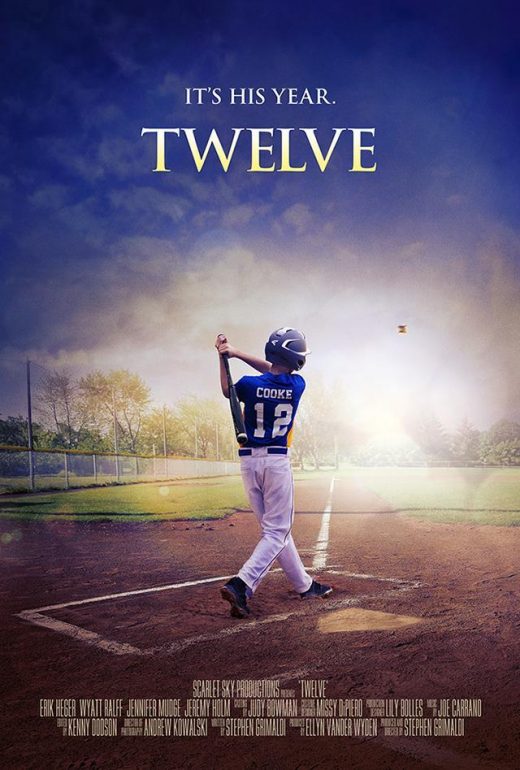 Ellen Adair and Eric Gilde discuss “Twelve,” a 2019 family film about a little league baseball player. They introduce the film (1:18), with an overview of the story, cast, and writer/director. 20-80 baseball scouting grades for rating the film (4:08), they begin with Amount of Baseball (5:43), discussing the abundance of high-quality baseball, with reference to particular moments and a 2020 player comp. Baseball Accuracy (11:36) considers Kyle’s pitch speed vs. real-life velocity from 12 year-olds, including the fastest Little League pitch, and the effect of the shorter distance between the mound and home plate in Little League, with reference to Patrick Corbin, Dylan Bundy and Mike Minor. Eric shares his top pitching speed and looks into the feasibility of Kyle’s heart-stopping pitch. There are some issues with Lou Grey the Stanford scout, citing Ozzie Smith, Andrelton Simmons, Asdrubal Cabrera, Kevin Frandsen, Spencer Torkelson, and Bryce Harper. Kyle’s knuckle-curve is a bright spot. Plus, is he a Stephen Drew fan?! Eric dives in on other players who wore 12, and has some videogame accuracy issues. Storytelling (36:40) discusses the confusing passage of time, “spring break”?, ADR or lack thereof, balanced with excellent baseball storytelling. Ted’s work status is confusing and Chad and Ted’s confrontation less than satisfying, but the tight structure of this as a family film is praised. They appreciate the moral about practice and the film’s version of wish fulfillment, but are less fans of the Xavier storyline. Consideration of Kyle’s pitching rival and their insane postseason stats. Rating the Score (1:02:00) examines Joe Carrano’s composition, which is heroic without being heavy-handed. Acting (1:04:55) considers navigation of the script’s pitfalls, and the pair dives in on the ramifications of budget on shooting schedule, with reference to soap opera shooting schedules. Delightfulness of Catcher (1:15:47) asks several philosophical questions, while Delightfulness of Announcer (1:19:42) does not offer much. Lack of Misogyny (1:22:13) examines the three-dimensionality of Beth, the mom, and Brooke, the girlfriend. No spoilers on this game, or the following segments: Yes or No (1:27:55), Six Degrees of Baseball (1:32:51), Favorite Moment (1:33:55) Least Favorite Moment (1:36:02), Scene We Would Have Liked to See (1:37:24), Dreamiest Player (1:40:54), Favorite Performance (1:41:17) Next Time (1:44:49) and Review Thank You (1:45:34).

Brad and Kevin are back with our week two recap, with the most comprehensive breakdown you’ll find of the week that was in college basketball. Is Kentucky really this bad? […]