The Blazers have won 2 in a row after four and three-game losing streaks. Damian Lillard returned, but several other Blazers remain on the injured list. Nassir Little though is out the longest for 6 weeks after fracturing his hip. The guys discuss the Blazers’ woes and recent wins, and whether there may be light at the end of the tunnel. Will Gary Payton 2 make his debut? Keon Johnson? Morant and Gobert were ejected from their respective games this past week. Draymond Green fined for some choice words toward a fan. Injuries across the league with Towns, Simmons, Collins, Hunter, Hayward, and Wade all out for the near future. Al Horford earns an extension with Boston. Rookies of the Week and Players of the Month announced. Not to mention, “Where did he play?”, “Head to Head”, and “Streak Finder” all return after a Thanksgiving break, along with your questions and comments! 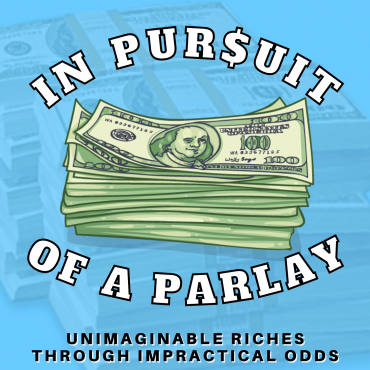 On this week’s episode of In Pursuit of a Parlay Chris Horwedel gives out his weekly 8-pack of picks, including four games from the NFL and four bigtime NCAA picks […]