A Champion Is Crowned

The Golden State Warriors (yawn) win yet another championship. The NBA draft and offseason can’t get here fast enough. Join the guys in the last podcast of the 2022 postseason. They discuss game 6 and wrap it up. Also, some trades already agreed upon before the draft. Denver and OKC made a deal, as did Houston and Dallas. The Hornets have a new coach. Rasheed Wallace to coach for the Lakers? Snyder steps down. Jaxson Hayes was sentenced and Montrezl Harrell in deep trouble with Mary Jane. Several players have undergone surgeries. A Klay Thompson Impersonator fooled fans and Warriors staff and is now banned for life. All this, streak finder, and your questions and comments. Don’t miss it. 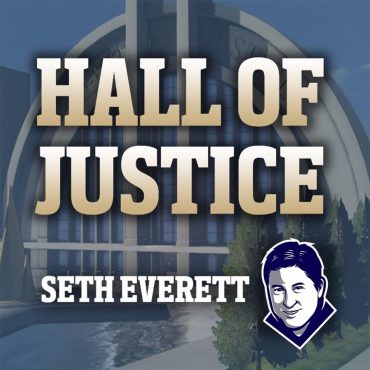 Chester P. Runk joined the show as a guest star in Season 6 and then became a series regular in Seasons 7 & 8, played by Brandon McKnight. Recently renewed […]